Peachtree NORML is proud to be a part of the Empty Chair at the Holiday Table Campaign in conjunction with Mom's United to End the War on Drugs and A New Path.  We will continue to highlight those that we have lost to drug addiction and incarceration, as our leader continue to defend the failed Drug War.

Please take time this holiday as you get together with family and friends to start a conversation and encourage others to stand up now before this failed policy grabs someone they love.

Photos from our last two events that highlighted this poignant campaign 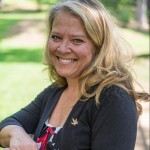